You’ll find my blog to be a wealth of information, covering everything from home trends to community happenings, as well as up-to-date trends in the Michigan real estate markets, using live statistics from the MLS. Don't hesitate to reach out to me if I can assist you with your real estate needs, or answer any questions you may have. I look forward to hearing from you!

Securing Your Dream | Protecting Your Investment

Comparing Market Trends for Homes over 3,000 square feet by Location

When purchasing your home, you need to know about the area that you are investing in. This is especially true when you are purchasing (or building) a higher-end home, because the demand for that home may be limited in some areas more than others. Whether your objective is to purchase the most square footage for the money, or to ensure the maximum resale value down the road, the following comparisons between locations will help you to understand the dynamics of market trends for homes that are over 3,000 square feet for some popular school districts in Oakland, Washtenaw, Wayne, and Livingston Counties (SE Michigan, Ann Arbor, Metro Detroit).

For all markets, working with a knowledgeable Realtor to ensure that you do not overspend for the neighborhood and location is key. For more information or insight, to discuss this data, or to discuss your next move, contact me at 1-888-58-LAURA.

What the numbers show

For the Ann Arbor / Washtenaw County market, having an extra bedroom for the same home size does increase the home’s value, both in sale price and cost per square foot. And while some people may see this as something obvious, this does not apply in other areas, such as neighboring Oakland County. The high cost per square foot in Washtenaw County, and the large rental population likely come into play as we see the “beds and heads” rule applies: the more people who you can accommodate in the dwelling for sleeping quarters, the more valuable the space. This rings true even for smaller homes, whereas in areas not dominated by the “beds and heads” rule, buyers favor better use of space (larger bedrooms, bathrooms, or common areas).

That being said, the data trends becomes less clear in the 2600-3000 square foot range. It’s important to acknowledge that this data is more likely to represent homes throughout the county, and therefore be more heavily influenced by the outlier areas that are less focused on university housing (such as Saline, Dexter, and outlier townships). To be sure, we would need to take a closer look at the data for each specific area. Homes over 3000 square feet clearly favor more than three bedrooms. Not only is there more space to accommodate a fourth bedroom, but in larger homes we are more likely to be comparing a 3-bedroom home with a home that has five or more bedrooms.

At what point does it make sense to steal space from that 4th bedroom to do something else with the square footage?

Or, to rephrase, what's the difference in home value of a 3-bedroom vs. a 4+ bedroom home of the same size? I thought it would make sense to see what the difference is, and to break it down by homes size. After doing many CMA's of 3-bedroom vs. 4-bedroom homes, my theory was that it would make little difference for smaller homes, but there might be a threshold in home size after which a 4th bedroom might offer a premium overall.

What the numbers show

At what point does it make sense to steal space from that 4th bedroom to do something else with the square footage?

Bathroom Design Trend: What Do Buyers Really Think of The Wet Room?

The wet room, like the one featured below from HGTV's Dream Home 2019, is a home design trend that is becoming very popular with interior designers and builders. As a homeowner and a Realtor who advises clients on home improvement projects, I couldn't resist asking: what do homeowners and home buyers think of this trend? 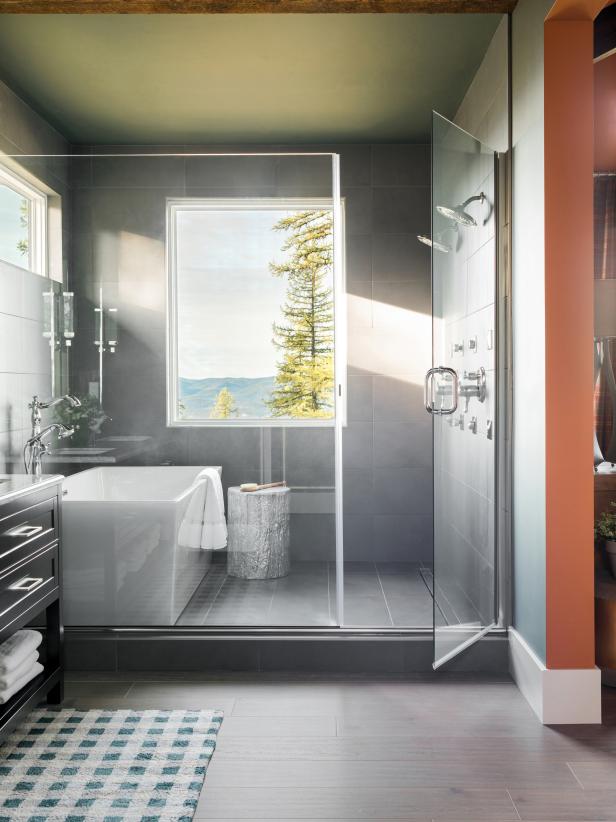 We've all seen our fair share of master bathrooms with a lot of space dedicated to a large garden tub. Many of these master bathrooms also have a very limited footprint for the shower. If the large tub area is the only area to reclaim space for a luxurious shower, this seems like a wonderful combination: I can have a large space for the shower, and not forego the bathtub altogether. But I wondered if potential home buyers would agree, so I presented some options to an active local Facebook group - a group of all moms - and I was very specific about tailoring the feedback to fit my needs, so I posed the following question:

As a HOME BUYER, which of the following statements most accurately describes your thoughts about the master bathroom like the one shown here, with the bathtub within the large shower area? Let's assume:

Results are as follows:

For someone considering a remodel, I think this is good news. What it tells me is that almost half love it or like it, and another 25% are neutral. But even the 23% who were "lukewarm" on the design chimed in on the fact that they like the large shower, but could forego the bathtub. That's good to know and is consistent with my experience that there are many buyers who are ready to ditch the bathtub altogether. That being said, you will leave some buyers out in the cold if you don't include the tub. So if it appeals to you, it can be a good design solution as these numbers show the trend has strong appeal for about 50% of buyers, and is only a hard "no" for a very small percentage. Only 4% would prefer the smaller shower and separate large tub.

So what were the specific pros and cons? The biggest argument against it is the fact that many people do not use their bathtub currently, so they would see the bathtub getting wet from the shower as just another thing that would require cleaning - even if they weren't using it. These people likely fall into the category that would have rather had the large shower without the bathtub.

Take a look at different reactions to the design in these comments, starting with the topic of cleaning:

It's important to remember that there will always be homeowners who are resistant to change. Since this layout is relatively new, it's possible that some people who don't currently use the bathtub when it's completely separate from the shower may eventually find that they do use it when combined in a wet room design. If there is room for a generous shower area and a bathtub, that's great. But I think a lot of people can relate to this comment: "I like the division (having separate shower and bathtub) but maybe it's just because it's what I'm used to. But I agree that if it was this set-up or NO tub in the master at all, I'd take this set-up for sure."

Posted in Bathroom, Home design, Remodeling
no comments yet

For Selected Counties and School Districts in Southeast Michigan

When an area’s growth in average price per square foot outpaces the average sale price, there may be one (or more) explanation for it:

Ann Arbor is as strong as ever for average sale price (+8.48%), but was outpaced by Ypsilanti (+9.63%), Whitmore Lake (+9.74%), and Chelsea (+11.49%), possibly reflecting that there is more room to increase in nearby communities, due to lower average home prices. Notice Dexter’s growth in average home price is lower (+3.28%). This makes sense when you consider that its average home price is already similar to Ann Arbor's. While Dexter's average home price rose a modest 3.28%, price per square foot increased 10.3%. This could be due to new homes in the area (costs more to build new).

Whether you are buying or selling your primary residence, investing, or enjoying the benefits of homeownership by staying put for the long-term, Protecting Your Investment is my #1 Priority. Stay up-to-date with home value trends directly from sold data from the MLS at Homeownery.com. These statistics are updated monthly, as new data is reported from the MLS.

How can I help you? 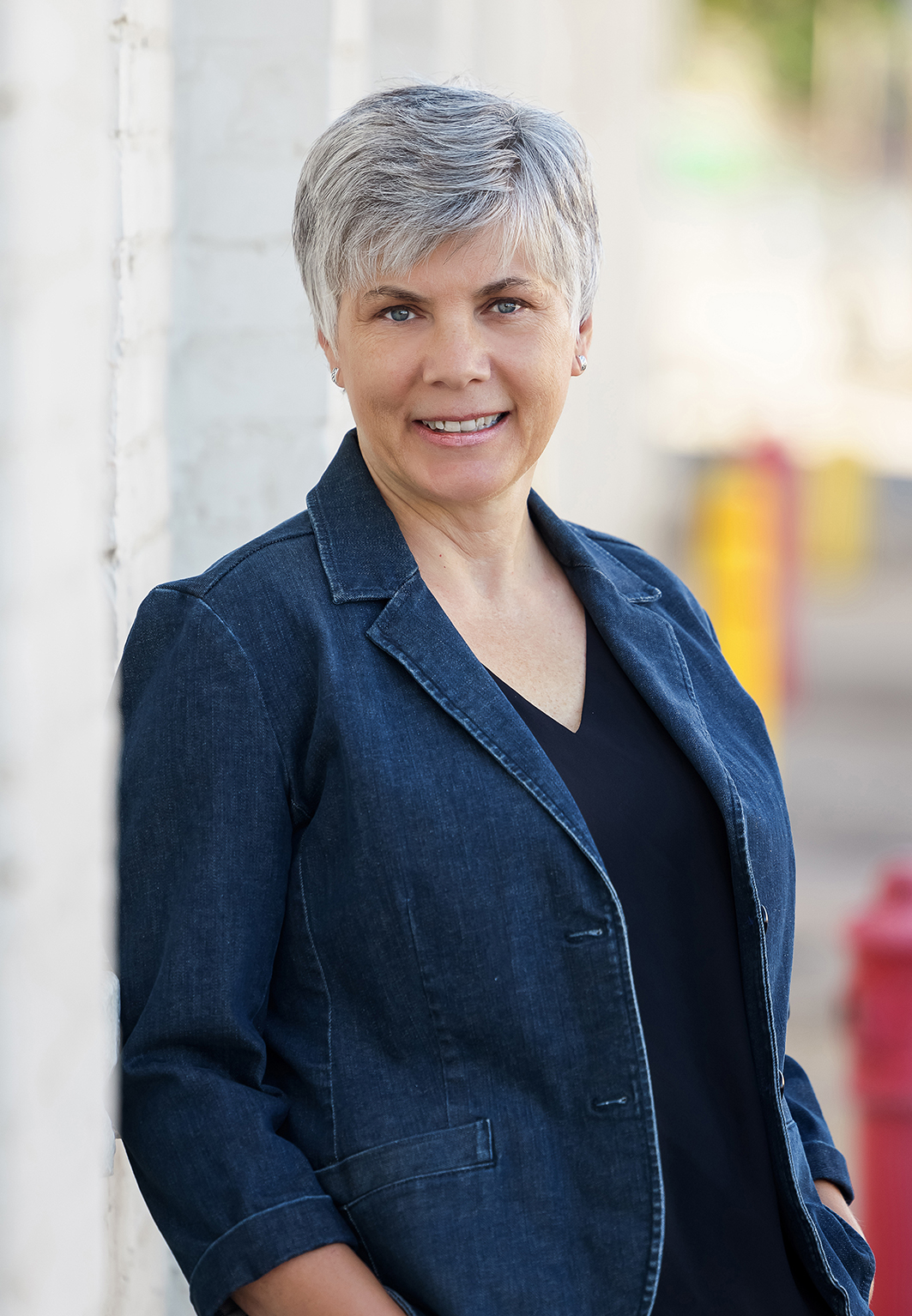 What's My Home Worth?

Livingston County and Nearby Live Statistics

Oakland County and Nearby Live Statistics